For many years the painter Kate Small has patiently developed an imaginative territory that evades easy definition. The work is fired by two seemingly incongruous motivations; a feeling for the acute observation associated with documentary photography, and an abiding attachment to the visual possibilities of painting.

Inspired while she was at art school by chroniclers of the social world such as photographers, Garry Winnogrand, Judith Joy Ross, Bill Owens and Diane Arbus, Small imagined a pictorial scenario that might be described as ‘abstraction interrupted by social life’. The ‘problem’ she identified, like those attended to by the psychiatric profession, constantly shifts, but never really goes away.

The social, or perhaps not so social, life Small traces, relates to the experience of women in settings that lurch ambiguously between the institutional and the domestic. The fact the artist is ‘still at school’ (she has been a secondary school teacher for many years), as well as her identification with the awkwardness of adolescence, contributes to these paintings. It would be too much to refer to the stoic characters of Small’s work as avatars of disruption, but they are the stalwart presences that persist, unbudging in the face of her fondness for elimination. Many other parts of the paintings — plumbing, furnishings and architectural details have long since been reduced to enticingly truncated fragments. Small’s swimming tog-clad figures, who are also equipped with the paraphernalia of housecleaning, have little in common with bathers or the lounging bath house dwellers of art history. As Small notes, “They’re not actually vacuuming or diving. If anything, they’re doing nothing.”

Small’s portal to a world where human experience meets the language of paint turns up perplexing moments. The palette regularly feels unfathomably upbeat in relation to the quiet inertia of the inhabitants. Figures frequently merge into the furniture. A turquoise sink casts a radish-red shadow. A deliciously acid yellow rubber glove is preposterously eye-catching. What thrives in these settings is colour. Small’s paean to the common-or-garden ordinary, is akin to the beauty that enlivens the everyday — sun streaking into the house, a carpet of camellia heads on the footpath. 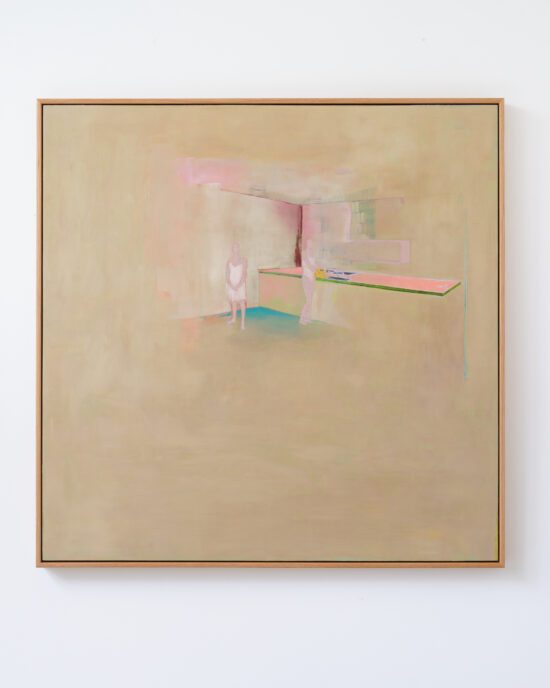 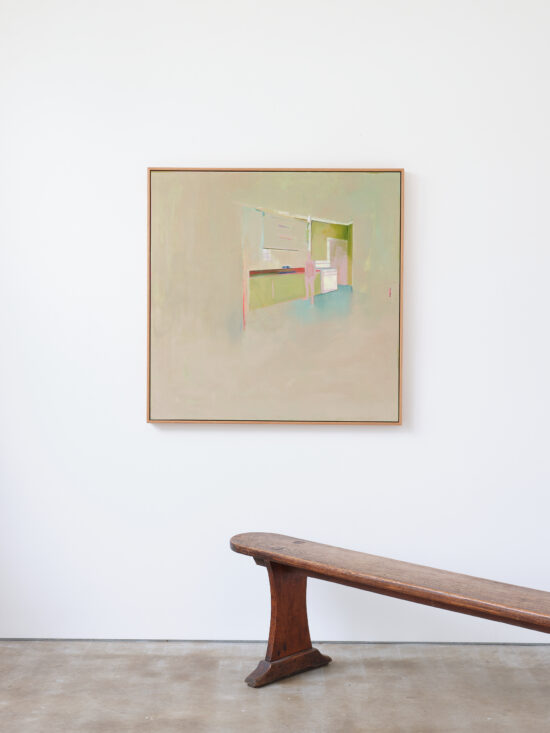 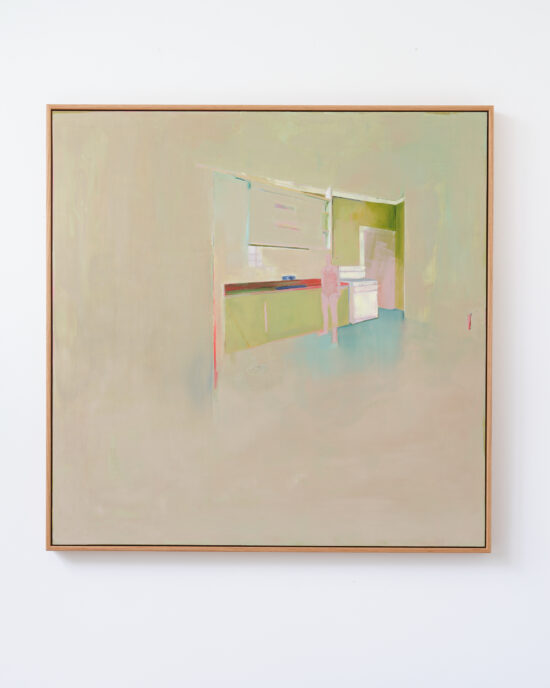 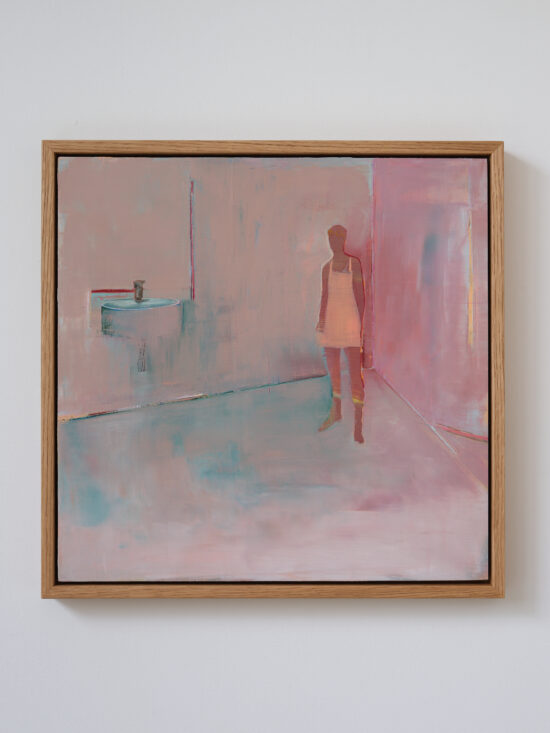 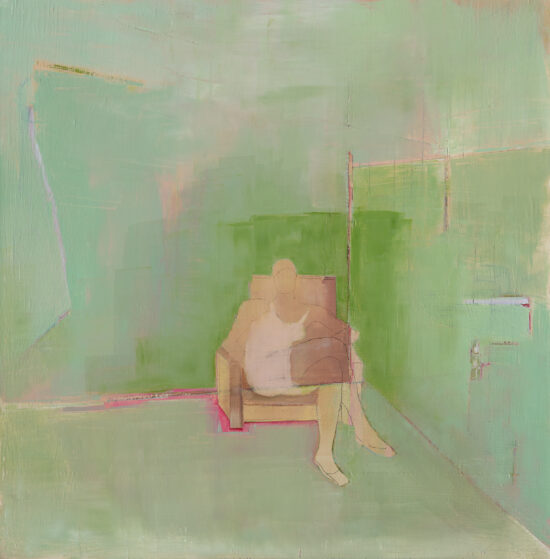 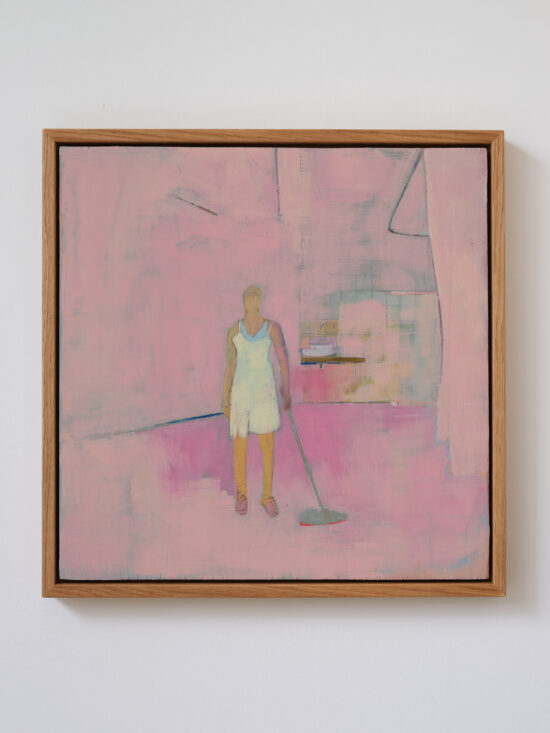 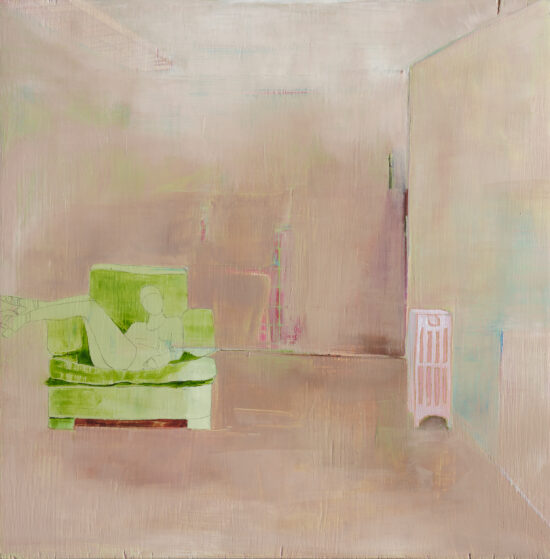 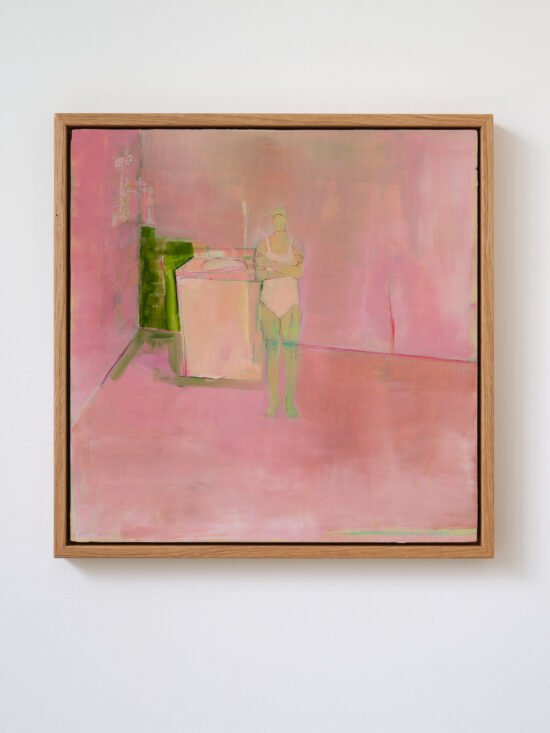 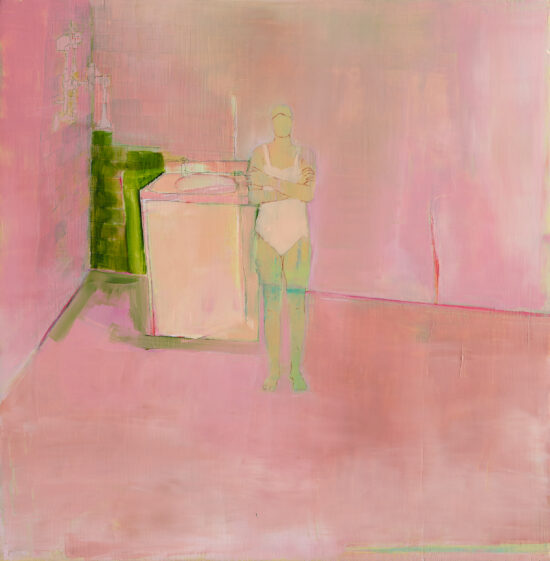 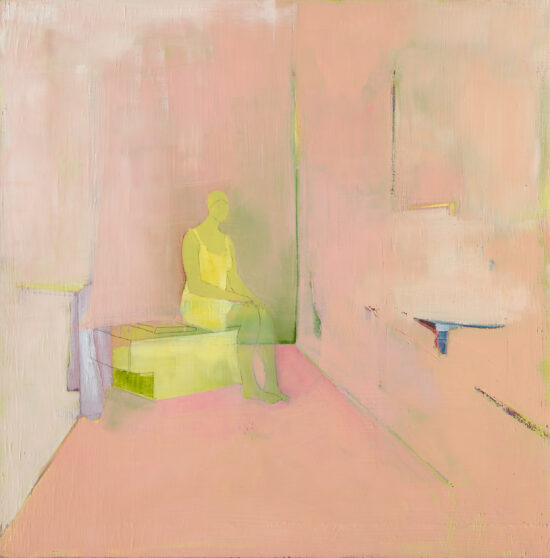 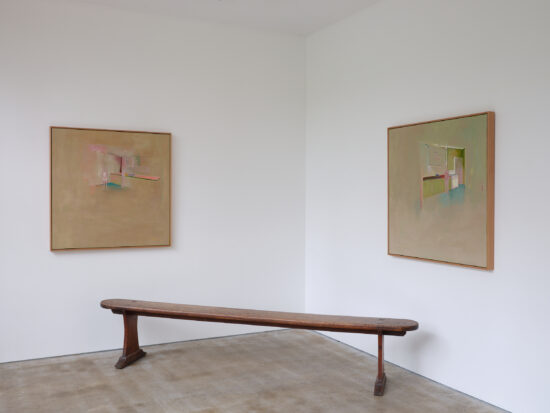 Kate Small was born in Lower Hutt in 1968 and graduated from Elam School of Fine Arts, University of Auckland Waipapa Taumata Rau in 1991. Small’s works are held in public and private collections and her work has been included in exhibitions at City Gallery, Wellington Te Whare Toi, Dowse Art Museum and Aratoi Wairarapa Museum of Art and History. Kate Small lives in Masterton.